Well we should have known the United States wasn’t going to get a win against Costa Rica when we saw how many away fans Red Bull Arena was planning to let in. We all know the correlation between the number of fans for the visiting team and their performance. It had nothing to do with Bruce Arena’s tactics or the traffic cones the United States deploys at centerback. Nope. This was all the fault of New Jersey’s contingent of Costa Ricans. This is all to say that my simulation from last week was off by a bit [Editor’s Note: We have sent a formal request to Sports Interactive, the developer of Football Manager, to include the number of Costa Ricans in the stands as a key factor in its simulation algorithms. – OLF]. I don’t get paid to be accurate though (or at all), so here’s a simulation of a game between two of the worst teams in MLS!

Philadelphia are in a similar position to Minnesota in the real life MLS campaign; both teams sit just three points out of last place and with very little chance of a playoff appearance this year. Because no one has hated themselves enough to watch a Union game this year, I’m not sure about how accurate their lineup on the simulation software is, but United’s starters are pretty close to accurate. Abu “The Firehose” Danladi starts in place of Christian Ramirez.

The Loons kicked things off and promptly lost possession, signaling a key theme for both teams on the night. The midfield area was like no man’s land in WWI; just a lot of chaos, injuries, and projectiles. Eventually, Philadelphia won a corner after Kevin Venegas knocked it out. Ilsinho took the corner and the clearance went straight back to him. He crossed it back in again and Alejandro Bedoya got a foot on it. The shot found a way through the traffic and into the back of the net to give Philadelphia the lead. 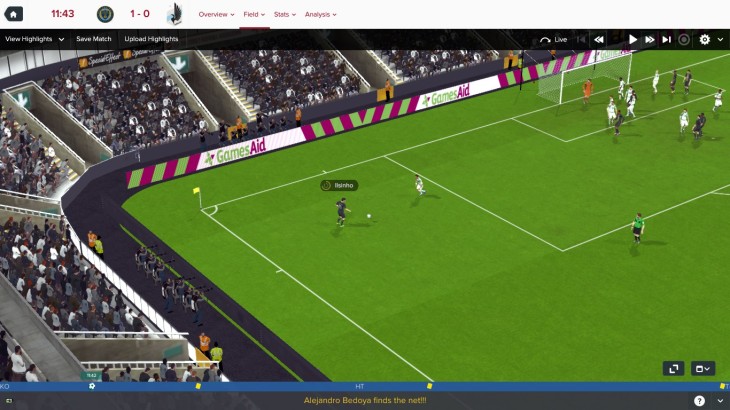 The rest of the game bore an eerie semblance to that Houston game at home. You know the one. Where both teams looked like it was their first time playing the sport and struggled to a 0-0 draw even though it was midseason already? Both the Union and Loons took several shots off target and shared possession fairly equally. The final half hour was basically just passing practice that 22,000 people decided to show up to and watch.

Well the simulation machine seems to realize that this won’t be a fun game for anyone involved, but you already paid for that ticket so you might as well go and see your friends. I’m putting my money on a 1-0 Philadelphia road win and returning all the camping equipment I bought in preparation for our migration up to Tdikistan.

Going grey early; just like Steve Martin but not nearly as funny. I graduated from the University of Minnesota in 2013 with a degree in Recreation, Parks, and Leisure Studies. I love soccer as well as just about any other sport they play in North America. View all posts by David Baker